The annual Silicon Valley Energy Summit at Stanford is one of the more important events of its kind. In this segment of a TV program that will be released shortly to a nationwide TV network Michael Killen asks Lynn Orr, former Under Secretary for Science and Energy at the US Department of Energy from December 2014 to January 2017; and Alice C. Hill, Research Fellow at the Hoover Institution where she focuses on building resilience to destabilizing catastrophic events, including the impacts of climate change; what were the three most important issues discussed at one of the Summit events.

In the background is a painting that interpret Sec. George Shultz’s climate change and national energy recommendation to Congress and President. 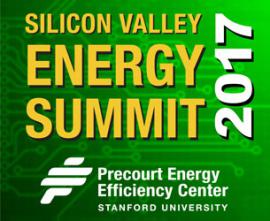 Michael Killen is the founder and leader of Killen & Associates, Inc., a global consulting services and marketing company located in Silicon Valley. Killen & Associates has published over 400 market and industry research studies and a dozen white papers; produced 700 TV shows, and made some of the most important paintings that help its clients bring attention to their climate solutions. Michael is the developer of a methodology of strategy and author of five books - Introduction to Programming: A Mathematical Approach; IBM: The Making of the Common View (also translated and printed in Japanese); a 3-book series on IBM's complex architecture strategy [SAA: Imaging Processing, SAA: Managing Distributed Data, SAA and UNIX: IBM’s Open Systems Strategy]. At the start of a new decade in 2020, Killen & Associates announced a new major project that stops climate change before it ends civilization as we know it by focusing on what matters most. Helping Governments, non profits, utility companies and energy supplier communities, not just identify four of the most promising climate action solutions to support, but also to promote those approaches. Michael heads this project called ‘Climate Change Solutions that Save Civilization: Concentrate on What Matters Most’. Global organizations and executives from AT&T, IBM, MasterCard, Toshiba, Siemens, British Telecom, the US National Security Agency, Hewlett Packard, General Electric, Phillips of Holland have all benefitted from the consulting service of Killen & Associates. The studies allowed executives to think clearly about emerging opportunities and threats. TV shows assisted executives in sharing their messages globally. The only company of its kind, Killen & Associates also produces art for major events. The US Department of Commerce, US Department of Interior, Stanford University, Governor's Office of California, have all displayed Michael's art at their events. NASA selected Michael to make "Sustainability" (5ft X 24ft). This June (2020) will be the eighth year Stanford has displayed his paintings at their annual Silicon Valley Energy Summit. Contact me to discuss my art and sharing your message on my show to global audiences. Follow me on Twitter @KillenMichael or YouTube https://www.youtube.com/user/ZeitgeistKillen.
View all posts by Michael Killen Helps Organizations Share Their Important Climate and Energy Action Message →
This entry was posted in Uncategorized. Bookmark the permalink.